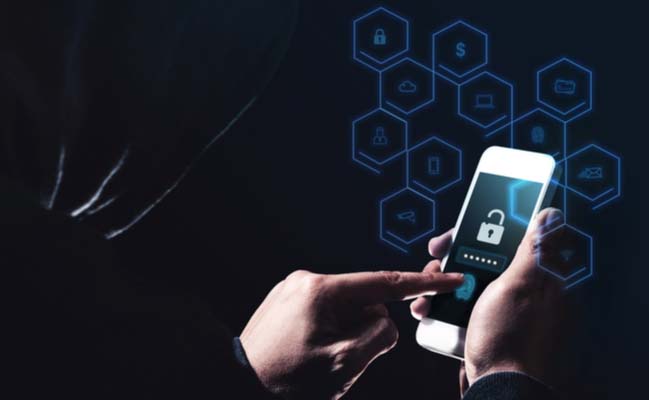 Have you ever thought of spying on someone? It could be a loved one, a cheating partner, or even a suspicious employee. In today’s world, most people have their lives centered on their phones. As such, if you’re trying to find anyone’s deepest, darkest secrets, the first thing you should go for is their phone.

There’s one catch, though: if your target is like the average smartphone user, they would most likely be with their phone at all times. So, how do you spy on their phone without getting caught?

What Are Spy Apps?

Just like the name implies, spy apps are software programs that can be used to monitor or spy on anyone’s cell phone activities or phone habits. Today, finding a phone spy app is as easy as ABC. Using one is even easier. But how can you find the right spy app? You’d find out in a bit.

Once you type in “spy apps” on any search engine, you would probably be assaulted by a barrage of spy apps – both familiar and unfamiliar. But do these spy apps actually work, or are they a hoax created by tech gurus to rob you of your money?

Most spy apps out there can get the job done faster than you could ever imagine. However, there are still tons of fake spy apps that disappoint you at the end of the day. That’s why we have drawn up a list of the best phone spy apps and where to find them.

If you don’t know much about spy apps, you may be overwhelmed when trying to find the right one. After testing many apps on the web, we have come up with the top five cell phone spy apps worth your time and money. Hence, let’s take a look at them.

If you’re looking for an app that lets you track anyone’s phone without getting caught, mSpy is the one for you. It is our number one choice when it comes to reliable cell phone spy apps, and we will tell you why. For starters, it is one of the most popular cell phone spy apps around the globe, with millions of users who can’t seem to get enough of this software.

mSpy is equally very user-friendly, making it a must-have for tech amateurs and novices. This means that even if you know nothing about tech or tracking apps, you will still find it easy to use.

mSpy provides its users with a wide array of functions and benefits, including

• Keylogger: mSpy comes with an integrated keylogger that records every single keystroke made by the user or target. Thus, no matter how smart your target is, you can still find out everything about their texting habits and activities.

• Web monitoring: If you’re a parent with an underage child or a teenager, it is normal to feel concerned about the kind of content your child is exposed to on the web. However, mSpy solves that problem by integrating a feature that allows you to block your child from accessing inappropriate websites.

• All-around social media monitoring: mSpy lets you track your target’s activity or history on just any social media platform (Facebook, WhatsApp, Snapchat, and so on).

Whether you’re an iOS or an Android user, mSpy is your best bet when it comes to discreteness reliability.

• It is high-quality software with advanced features and functions.
• It has excellent technical support.
• It is straightforward and secure to use.

• It is considerably more expensive than other spy apps.

Spyera is monitoring software that works just like a real-life spy. It runs in the background and keeps track of your target’s activities while relaying them remotely. Spyera is quite easy to use and can be set up on the target’s phone in no time. This spy app comes with a number of interesting features that make it a passable alternative to mSpy.

Some of the features of this app include:
• Call tracking/monitoring: With Spyera, you will monitor and keep track of every incoming and outgoing call on the target’s device. This way, you will always know who they keep in touch with.

• Recording surroundings: This spy app enables you to record the sounds of your target’s surroundings remotely. This feature can come in really handy if you are dealing with a lost or kidnapped child.

• Tracking messaging apps: With Spyera, you can keep track of your target’s activities on messaging apps such as WhatsApp, Facebook, and Snapchat.

• It may require jailbreaking or rooting the device.
• It comes with only one supported payment method.

SpyFone is a software that helps users to spy on other people’s phone activities. Compatible with both Android and iOS devices, this spy app may not be the best out there, but it has a number of impressive functions. Some of these functions include:

• Surroundings listening: This tracking app lets you listen to the target’s surroundings and even record it.

• Call recording: With SpyFone, you can record the other person’s calls without them suspecting a thing remotely.

• Keylogger: This app has an integrated keylogger that records every keystroke typed by your target.

Hoverwatch is another phone monitoring app that lets you keep track of your target’s movements and communication. This app has a simple, user-friendly interface that makes it easy for anyone to use and understand. Although this app isn’t as impressive as mSpy, it does have a few features that any user will instantly love. Some of the top features of this particular spy app include:

• Call recording: Want to be privy to your target’s phone conversations? Hoverwatch lets you listen to all calls on your target’s device. What’s more, you can record these calls and listen to them later on or keep the recordings as evidence.

• GPS tracking: This particular monitoring app lets you track the phone’s location, no matter how far you are from your target. With this app, you can easily see where your spouse or child are and track their physical movements without getting caught or discovered.

• Taking screenshots: You can always snap screenshots of your target’s phone wherever you are. Find anything interesting on their device? Take a screenshot of it. It just might come in handy.

• Detecting SIM card changes: Hoverwatch immediately alerts you if the phone’s SIM card has been changed or tampered with. This way, you would always know when there’s something suspicious going on.

Hoverwatch costs only about $19.95 per month and works on all Android devices from Android 4 and above. It is a convenient monitoring app that offers you the basic features you would expect from any spy app. However, it comes with a few flaws that can be overlooked or not.

• Its compatibility leaves much to be desired. It is only compatible with Android phones, making it impossible for iOS users to use the app.
• It may require rooting the phone before you can track messaging apps.
• Its three-day free trial just isn’t enough to fully explore the app’s functionality and decide if it is a good fit or not.

FlexiSPY is one of the most popular phone spy apps. It comes with a number of interesting features, including the call interception feature. This feature lets you listen to your target’s phone calls and record them if you want. However, you will need to jailbreak or root your target’s phone in order to enjoy this feature.

FlexiSPY has two versions: Premium and Extreme. If you simply want to enjoy the basic features of any spy app, you may go for the Premium version. However, if you need something more advanced, the Extreme version is a better choice.

Some of the features you may find on FlexiSPY include:

• Recording surroundings: Want to hear what’s going on? FlexiSPY lets you activate the microphone on their phone and hear all sounds in their surroundings secretly. Every recording will be uploaded to your FlexiSPY account immediately.

• Recording phone calls: Like other spy apps, FlexiSPY lets you intercept all calls on your target’s device.

• It comes with quite a number of advanced features.
• It offers great technical support.

• It is considerably more expensive than other spy apps.
• It does not come with a website blocking feature.
• It has no option for blocking mobile numbers.

What You Need to Know Before Purchasing a Spy App

Buying a spy app is not exactly something you should jump into head-first without proper knowledge. Before buying or installing any spy app, there are a couple of things you need to know. Here are some of the core things you should probably know just before you purchase that app:

1. Never use free spy apps: Finding a free spy app can make you feel like you’ve just discovered a gold mine. However, more often than not, free spy apps are never genuine. Most real spy apps require a lot of people and servers to keep them running. As such, you should be really suspicious if you ever come across a free spy app. If you really need a working spy app, you have to pay for it.

6. Customer Support: Can’t find your way around a spy app? This isn’t a problem. Most spy app services will provide you with technical support and walk you through installing and using it.

How to Start Using a Spy App?

Ready to take a huge step and start using a spy app? Here is a detailed process that you should follow:

1. Choose the best app from our website: We have outlined the top 5 spyware apps as well as their features and benefits for you to choose from. When it comes to tracking apps, mSpy is the best tool because it offers you multiple functions and comes with features that you would not find on other spy apps. Even better, it is compatible with both Android and iOS devices. However, if this app does not tickle your fancy, you can select from the four other spy software that we have outlined above.

2. Purchase software: Once you have selected your preferred spy app, you can then buy it. The price may vary depending on your chosen spy app and the subscription plan you’re opting for.

4. Start monitoring: Voila! Once you have installed the app on your target’s device, you can spy on the phone without them knowing.

How to Choose the Best Spy App?

Choosing the best spy app can be difficult for most people. Not only is it overwhelming, but you also may not know the exact features to look out for in a spy app. That’s why we have reviewed the best spy apps to narrow down your choices and make it easier.
Before we came up with this list, we tested the functionalities, ease-of-use, support, and even the prices of these apps. Thus, you can always use our rating to figure out which spy app is the best for you.
We highly recommend mSpy if you’re looking for the best of the best spy apps. However, you can always go for other alternatives if you find it too expensive.

You may want to keep track of someone else’s phone for a number of legitimate reasons. But how can you do this without getting caught and seeming like a crazy stalker? With the right spy app, you can monitor someone else’s phone activities without ever getting caught. Today, a lot of people know how to spy on someone’s phone, but they don’t know the right app to use.
If you’re looking for the best spy app that would offer you multiple functions and benefits, you should go for mSpy. This app would let you stay on top of your target’s phone activities without them suspecting a thing.

How to Find Someone’s Location by Using Their Cell Phone Number Without Getting Into Any Trouble?

Track my kids’s phone without them knowing