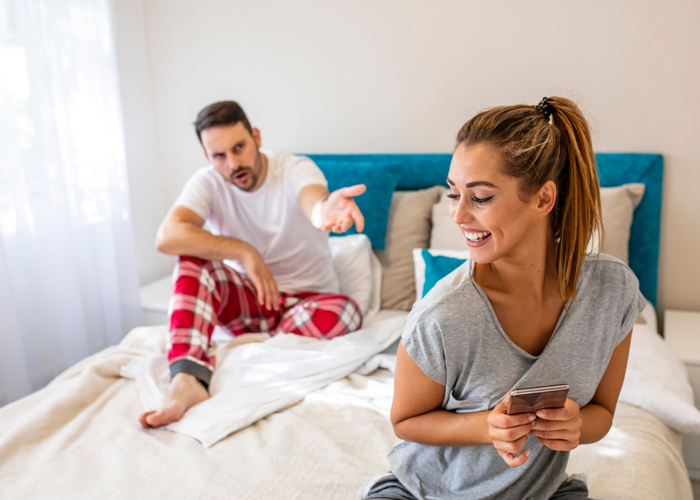 One of the most common questions of today is one of the simplest, husbands all around the world are worried if their wives are cheating on them and with the fast-paced modern lifestyle we all live, nobody has the time to check up on their closest ones. So the question still remains on how would a husband read the text messages of his wife without her knowing. While the most common answer would be to check her phone, some people need a bit more work due to the security measures of popular mobile phone development companies like apple’s fingerprint lock.

What is Spy apps?

The existence of mobile spy applications is nothing new to the mobile industry and their respective markets. The need for these applications has become grate in the more recent years with more and more wives cheating on their husbands, so it won’t come as a shock when you learn that the market is almost oversaturated with the number of applications released to this day.

One way for any person to read the text messages without his wife knowing are the now popular spy applications that are all over the internet at this point. So the question is not where to find the application or where to download one, but which one to choose.

I can’t find spy apps on the app store

As far as spy applications go, they are located in the gray zone of every mobile app store, with that said it’s safe to assume that you won’t find any of the previously mentioned apps on the app stores, but you will find them on the internet, and if you put some effort into searching the internet for a spy application of your choice, the odds are that you won’t be disappointed. So the next common question that anybody would be, how does one install a spy app on a wife’s phone?

How to install spy apps on your wife’s phone?

The procedure itself is pretty simple, with that said, even a person with low or no technical knowledge whatsoever will have no problem installing spy software on any mobile device. The trick still remains that you need to install it on the phone you are willing to spy on, so the trickiest part will be installing it on your wives mobile device.

How to install spy app on Wife’s phone

It all depends on what type of mobile device you and your wife have, every spy application has its own set of minimum requirements, so it’s recommended that you do the research on this topic, but one thing almost always stays the same. The iPhone that you are willing to spy on needs to be jailbroken in order for the installation and the application to actually work.

As before, each and every application is different, but if you take into consideration that you know how to operate the core processes of your mobile, like installing apps from the pasture and setting them up, an average user with limited technical knowledge won’t have any problems setting the application up, they are indeed designed for this kind of people because they represent the majority of the now big spy app market.

To start spying wife you just need to take these easy steps:

With the help of a spying software you will be able to:

Read also: How to catch a cheating spouse using a cell phone

What can you do with a spy app?

As it was stated before, there are a lot of applications, and with this said it’s safe to assume that there are a lot of options that come with all the spy apps that are currently on the market. Some applications are worry limited and only offer the possibility to read my wifes text messages from my phone, while other are extremely well thought through and even allow for the user to spy on the GPS location of the device in question.

How to Find Someone’s Location by Using Their Cell Phone Number Without Getting Into Any Trouble?

Track my kids’s phone without them knowing